J.H. Rabe was one of the pioneers of the Afrikaans Comic Strip.

He produced some of the earliest comic strips to appear in the Afrikaans press.
His First Comic Strip was "Jan Rap" which was published in Die Brandwag in 1937-1938.

His next Comic Strip for Die Brandwag was "Ontwikkeling", which presented a pictorial account of developments in the fields of aviation, architecture, etc.

In 1947 Rabe produced the Comic Strip "Daan Donsies en Hendrik Horrelpoot"  for the weekly Jeugland. It features two farmers in the bushveld and is reminiscent of Honiball's "Oom Kaspaas".
Unie-Boekhandel also published some of these strips in book form in 1947. Some of these strips also appeared in Die Jongspan. 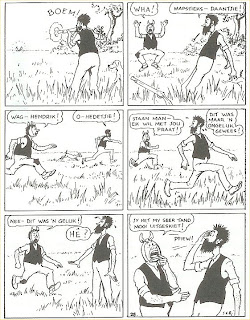 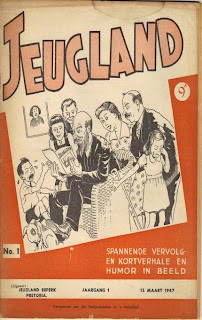 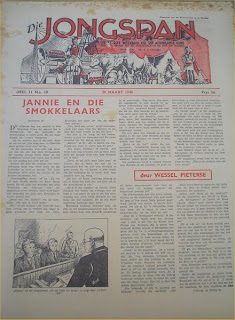