Many Thanks to Jason Kyle for these pictures.

Fans of The Superheroes Swop Sensation in 1982 and Unlimited Comics in 1983 will remember the centrespread adverts for Marvel Comics Gifts, which were on sale in South Africa. One of these gifts was the "Superhero Trump Cards".

Produced in South Africa by Davbar Games, based in Durban, they also produced the "Super Trumps" card games. It is very likely that the text from the South African set was translated from the text of the German edition. An example that supports this theory is that Marvel Comics' THE GREEN GOBLIN is called "Der Grune Satan" on the German card, whereas the South African card has used a direct translation from German, naming him "Green Satan"!

Visit Thomas Rau's blog to see a copy of the German set here:

Quartets card games were popular worldwide in the 1960s -1980s. Each pack contained 32 cards, divided into eight groups of four cards. Interestingly most of the images in this set match the Marvel Comics cards which featured in The Superheroes Swop Sensation Album, which makes one wonder if they were produced by the same company. The backs of the cards feature a blue colour, with Mephisto's head, and "1977 Marvel Comics".

If anyone reading this has a set for sale - please contact me at:

Advert for the cards, from the centrespread of The Superheroes Swop Sensation: 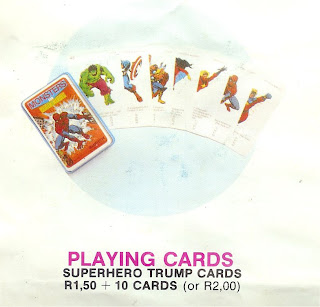 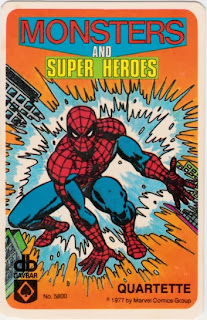 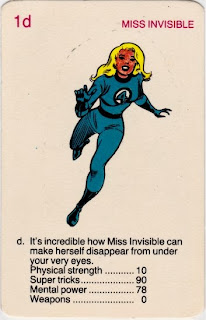 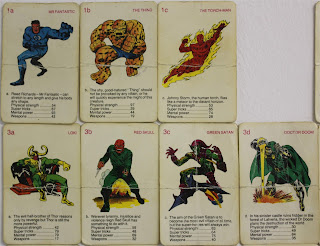 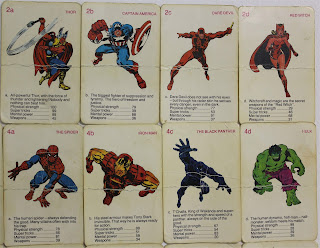 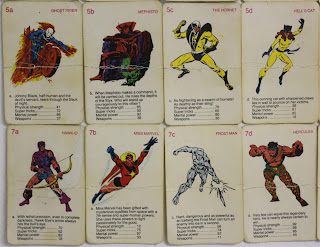 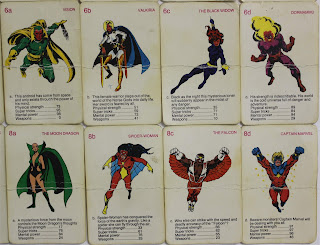 Close-up of the front and back card images: 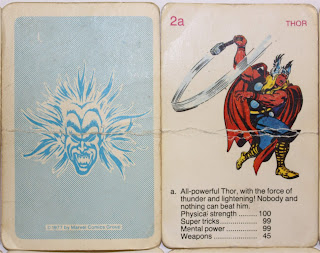 Many thanks to Damian for these pictures of the AUSTRALIAN SET: "SUPER QUARTETTES: SUPER-HEROES", produced by Momentum: 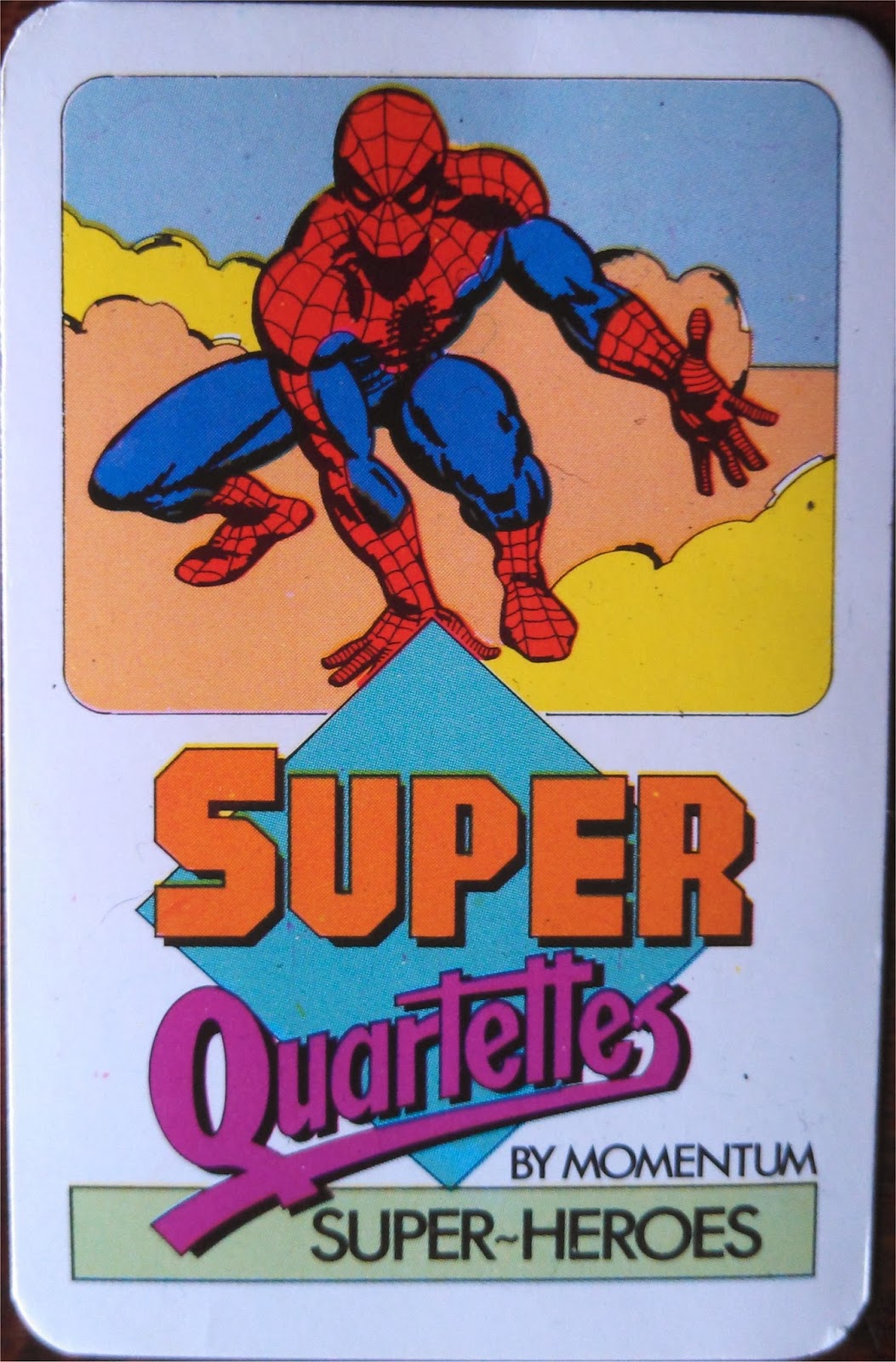 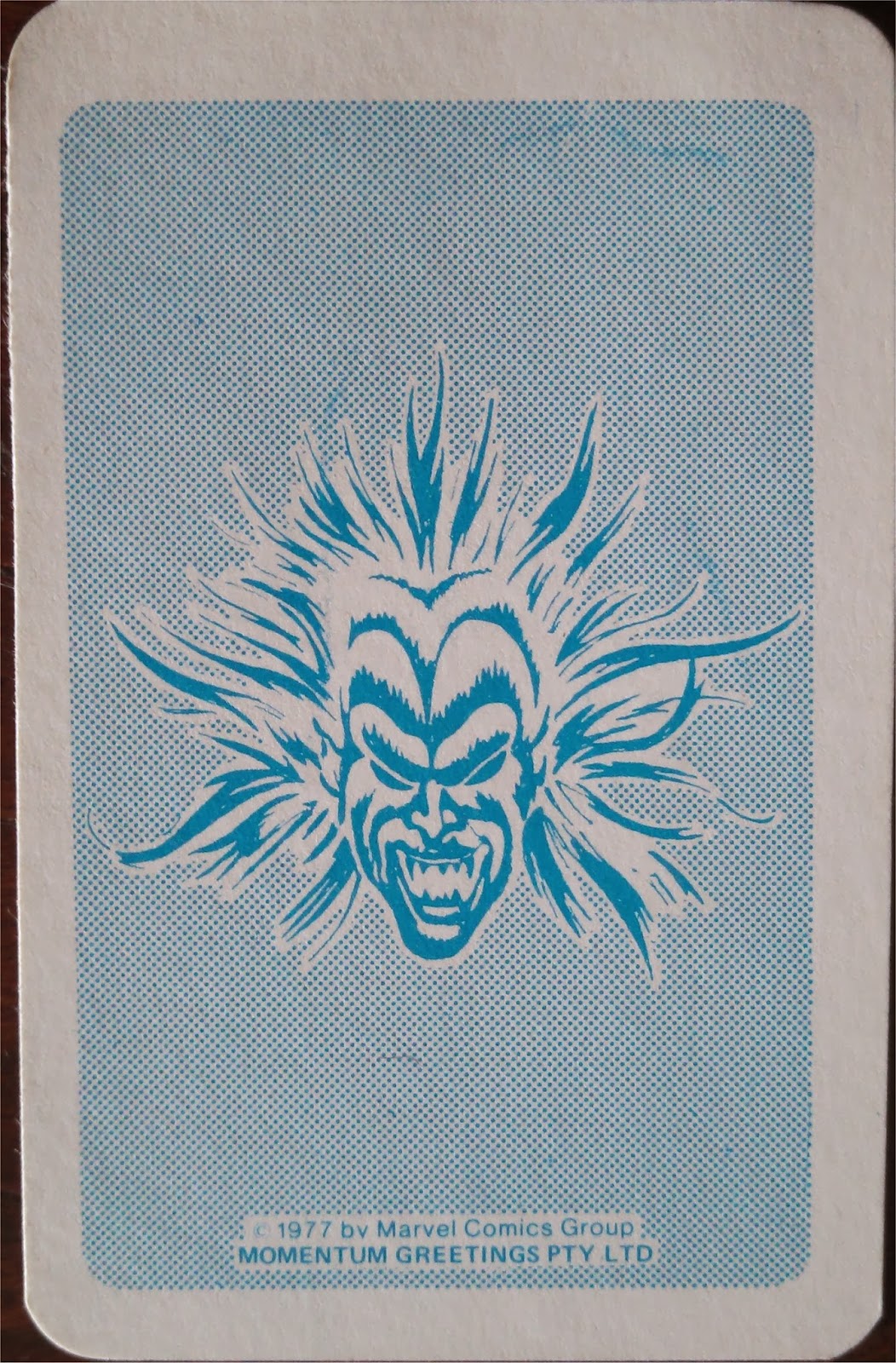 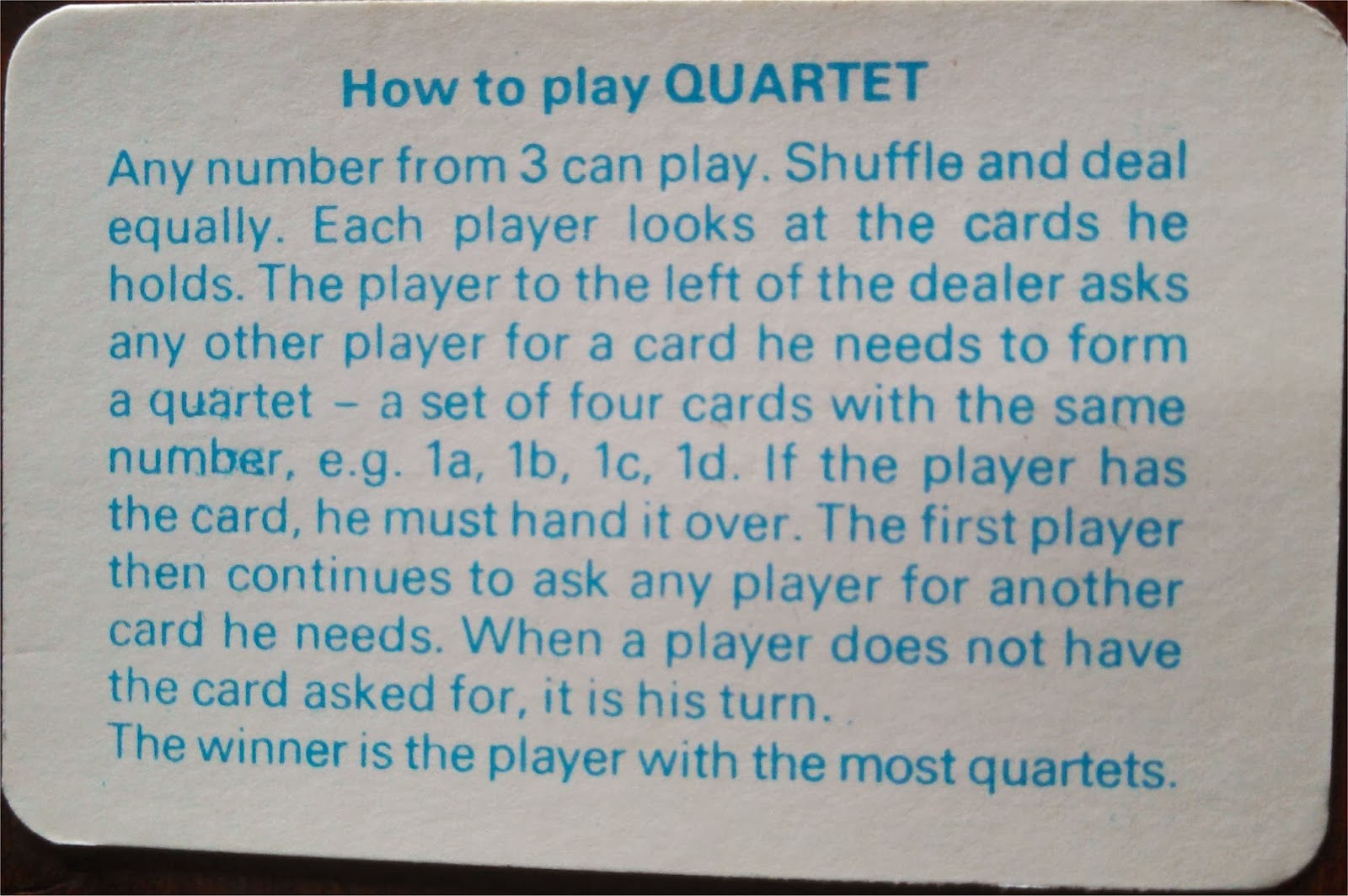