This rare South African reprint was published in 1961 by Mimosa (S.A. Magazine Co.).
Cover and Interior pages are newsprint - so after being read and swopped a few times they would likely be falling apart and thrown away.
These titles were printed in a smaller size (161x116mm) compared to the original DC Comics title.
Cover printed in colour, interior in black-and-white.
The printing reproduction from the original was very good quality. This issue is only 24 pages.

It contains three stories from DC Comics' Hopalong Cassidy 126 (1957) and one story from DC Comics' All-American Western 126 (1952). The Cover Image used by Mimosa does not match the issue's content. 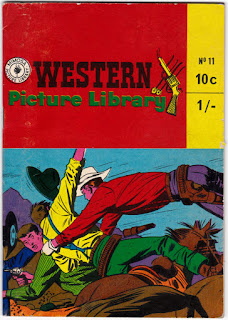 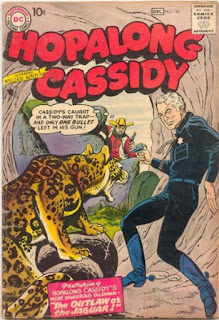