This is Indiana Jones 1, published by Americom in 1984.

It contains the cover and story from Marvel Comics' The Further Adventures of Indiana Jones 1 (1982):
The English edition features the original art and lettering. 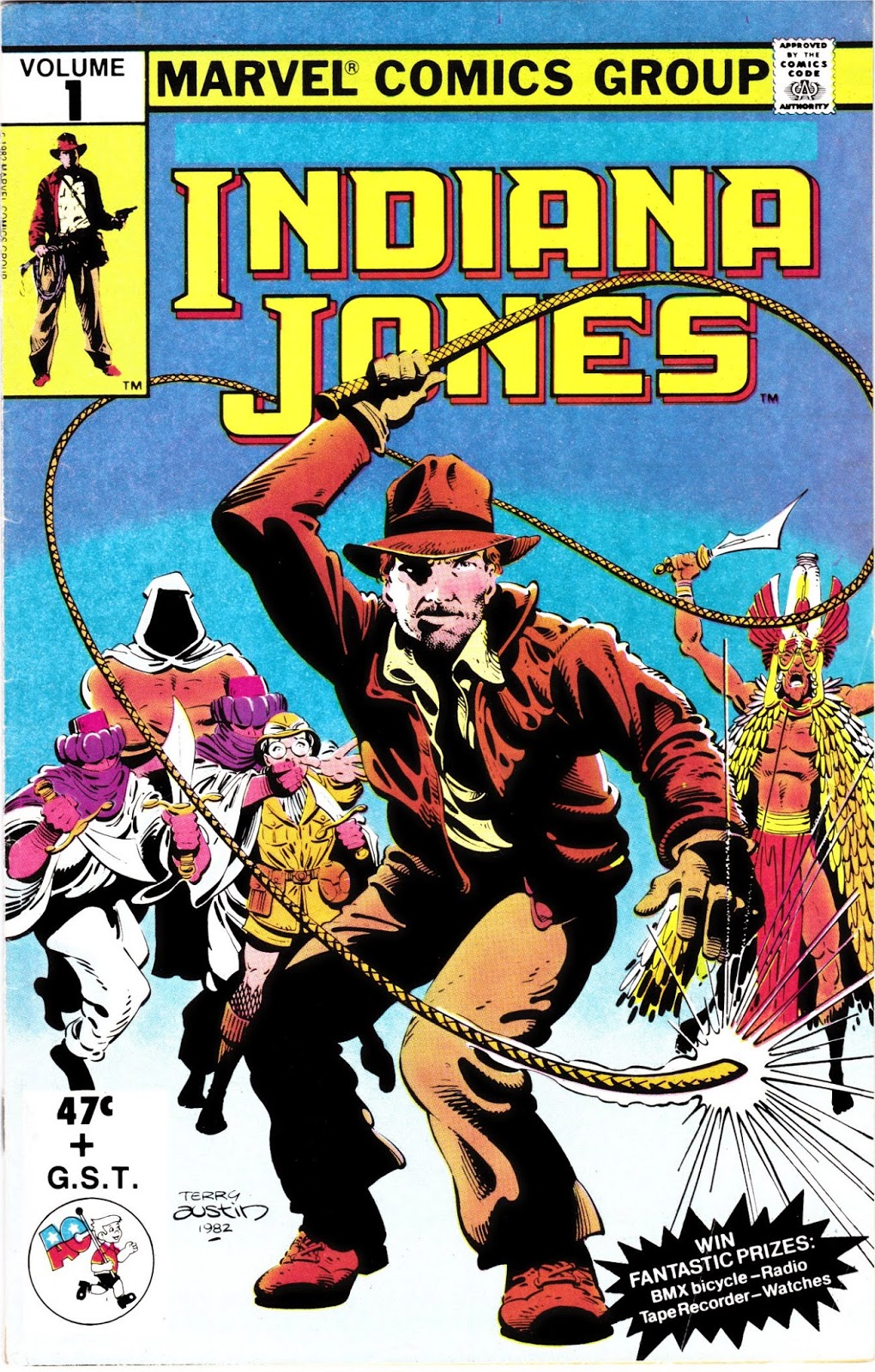 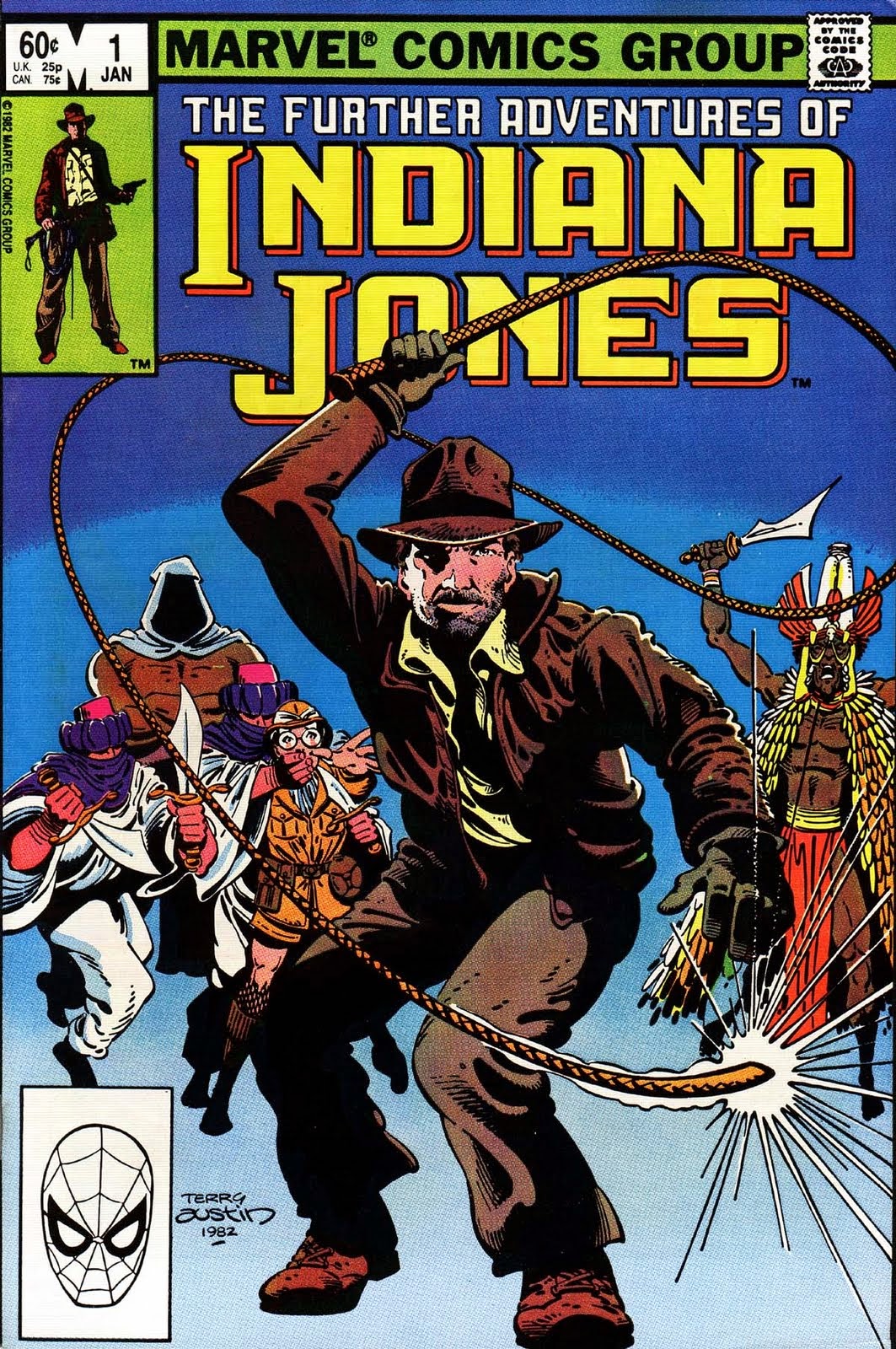 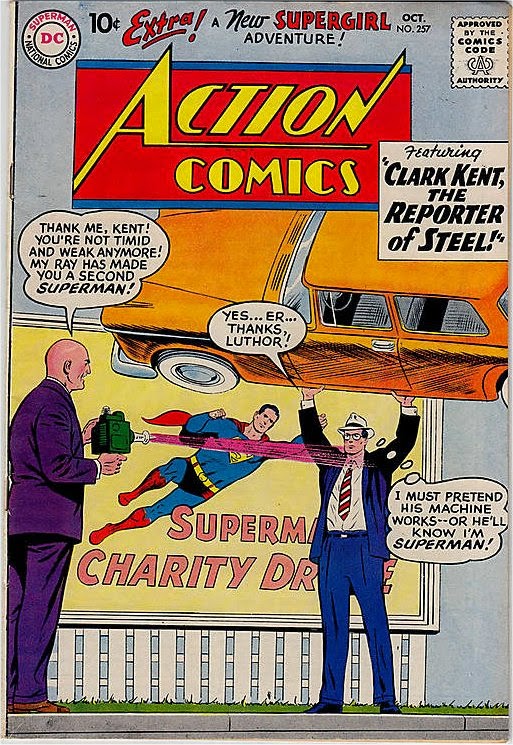 Thanks to Oliver for these great scans from The Amazing Spiderman 10 (Second Series 1978) of the South African reprint series.

Cover of Issue 10 and Marvel Comics' original cover of The Amazing Spider-Man 154 from 1976: 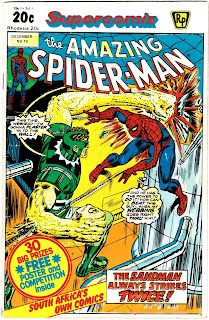 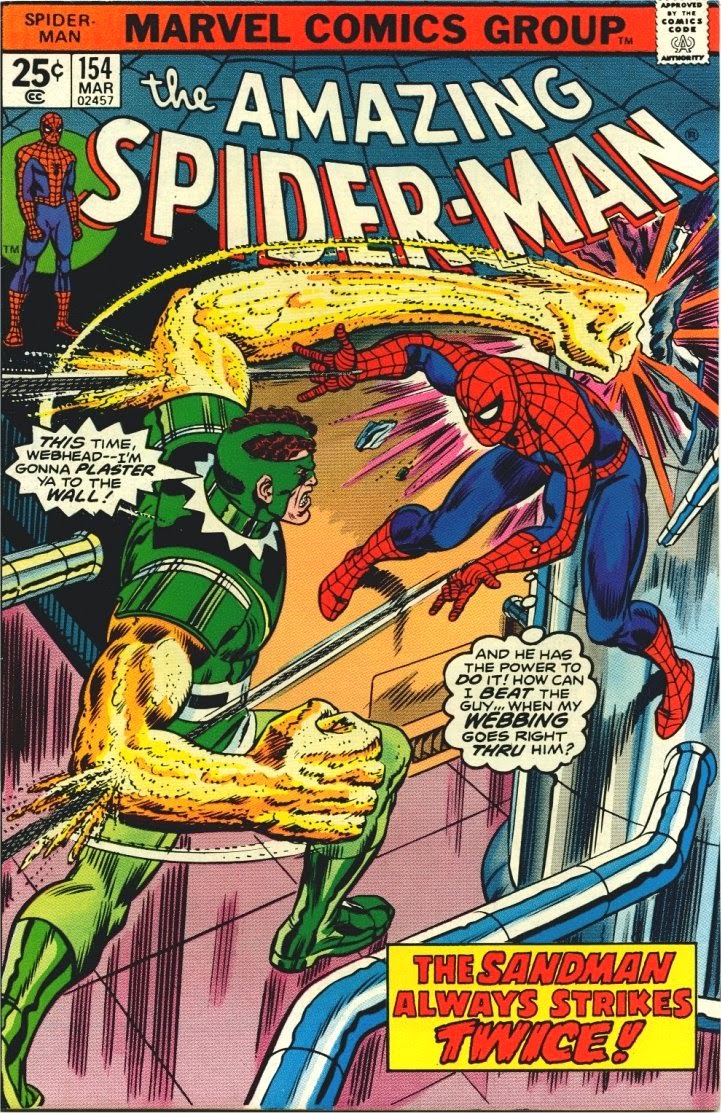 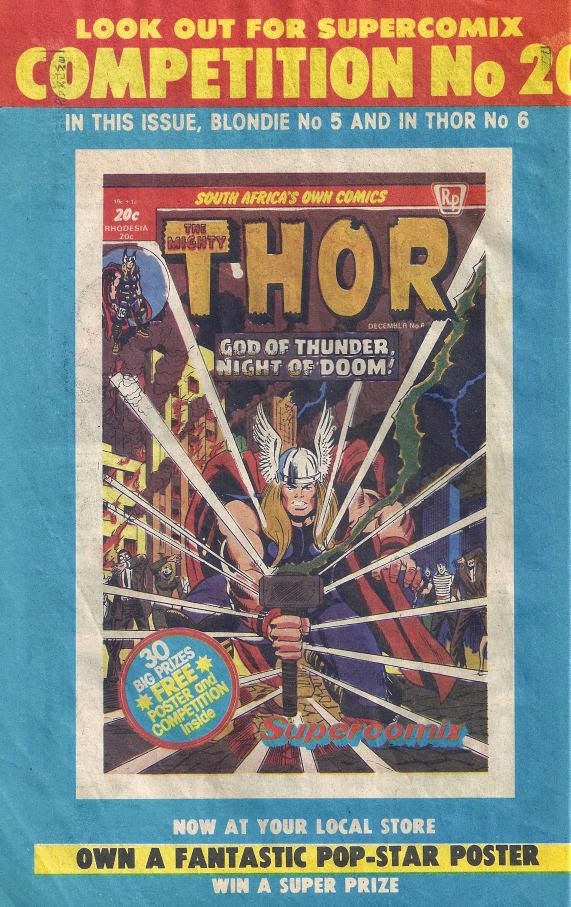 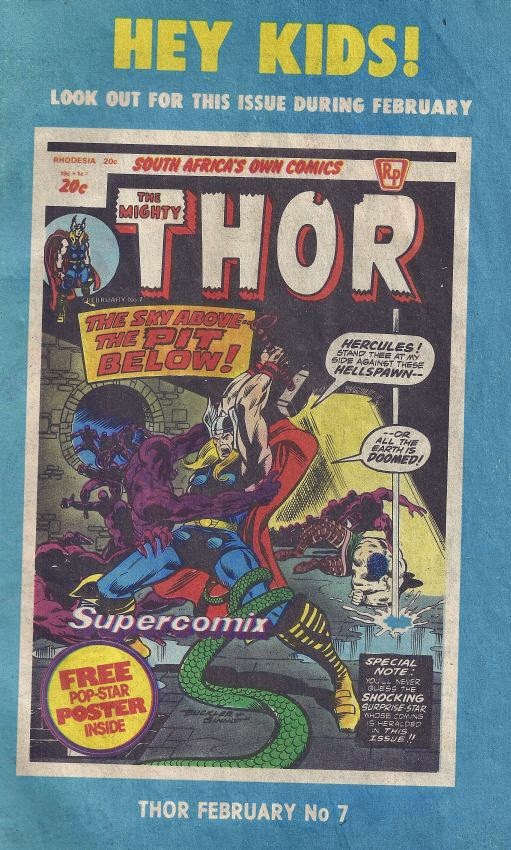 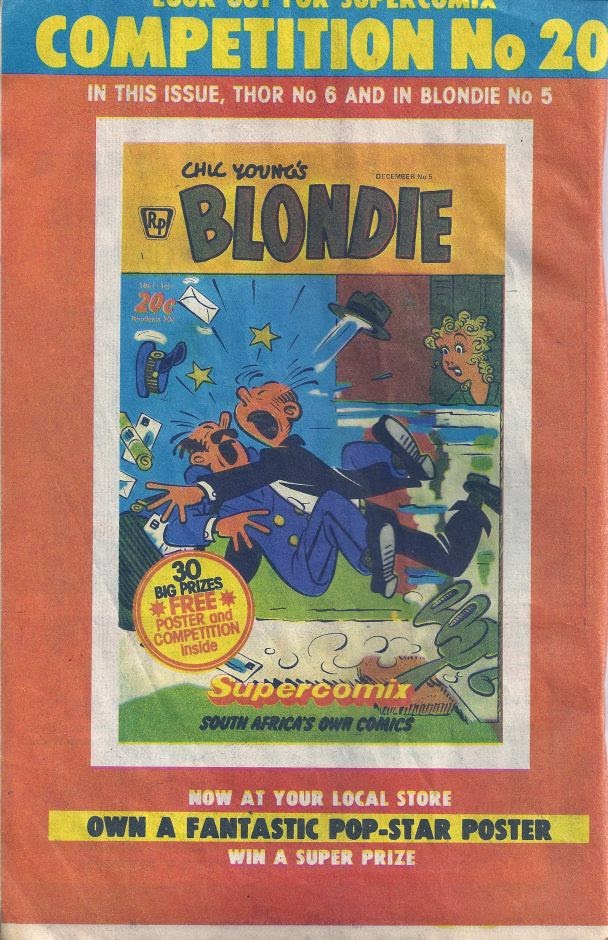 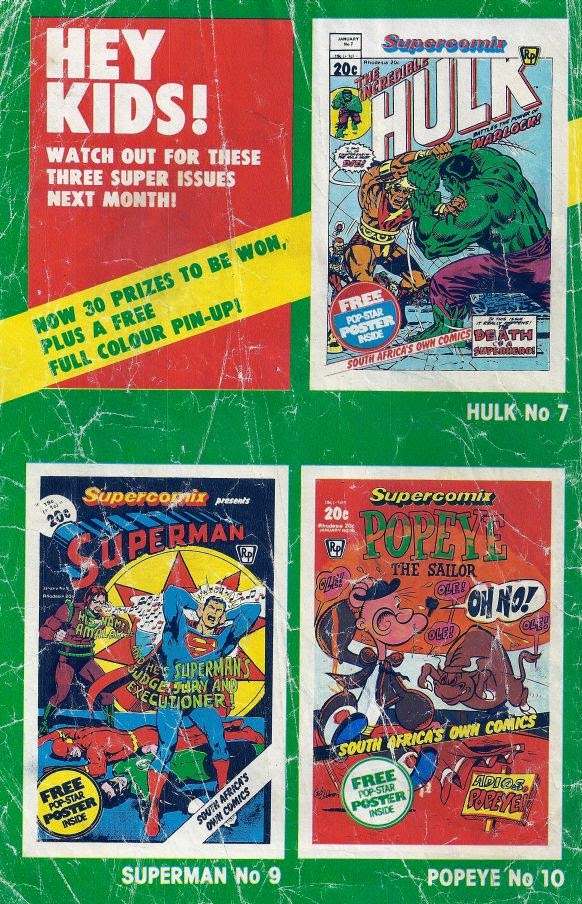 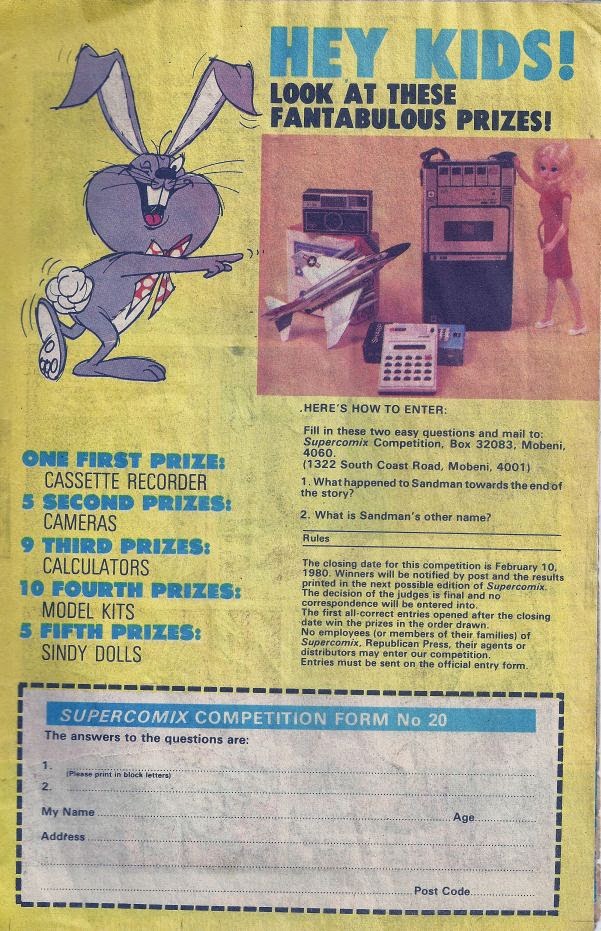 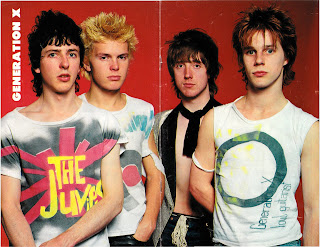 This is All-Star Western 1, published by Mimosa (SA Magazine Co) in 1959.
It reprints the cover and the following two stories from DC Comics' All-Star Western 104 (1958):  Johnny Thunder: "The Gauntlet of Thunder!"
The Trigger Twins: "The Suprise Sherriff of Rocky City"
24 pages, full-colour, newsprint stock cover and interior pages.
These titles were printed in a smaller size (255x170mm) compared to the original DC Comics title.
This is one of the seven first titles that Mimosa started reprinting in 1959 (Western Comics, Tales of the Unexpected, Falling in Love, Mystery in Space, Romances, Batman and All-Star Western).

Here is the cover of issue 1 and DC Comics' original cover: 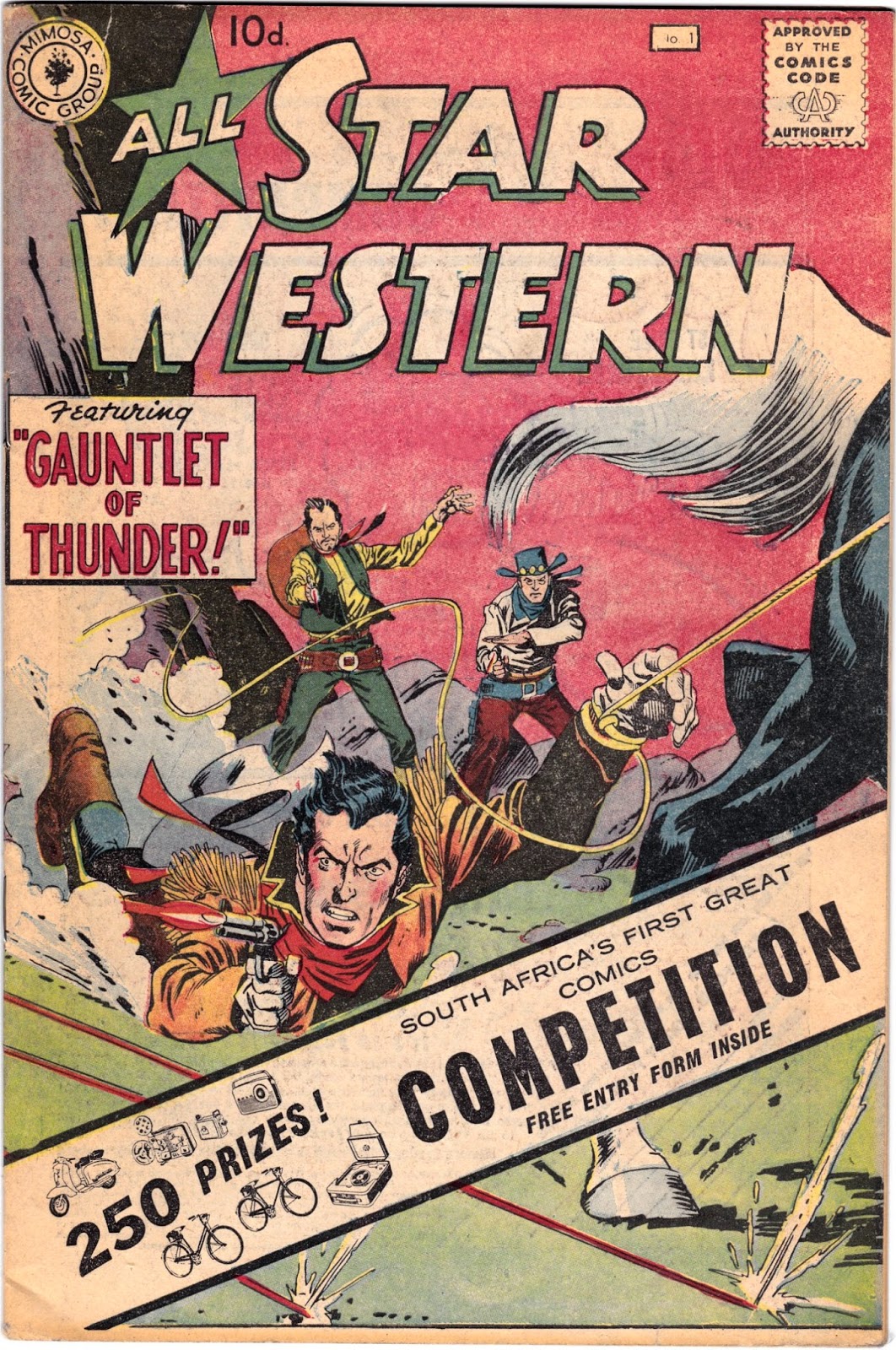 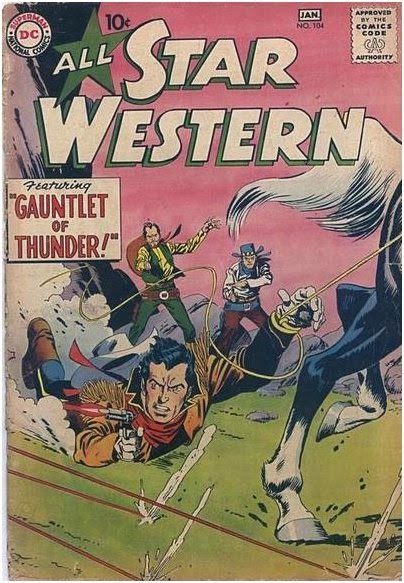