The eighth issue of Afri-Comics Mighty Man, published by Xanap in 1976.


Mighty Man tracks down Mahapa, and Isaac aids him in arresting Mahapa. Isaac ends the story with a moral: "Only cowards need guns". 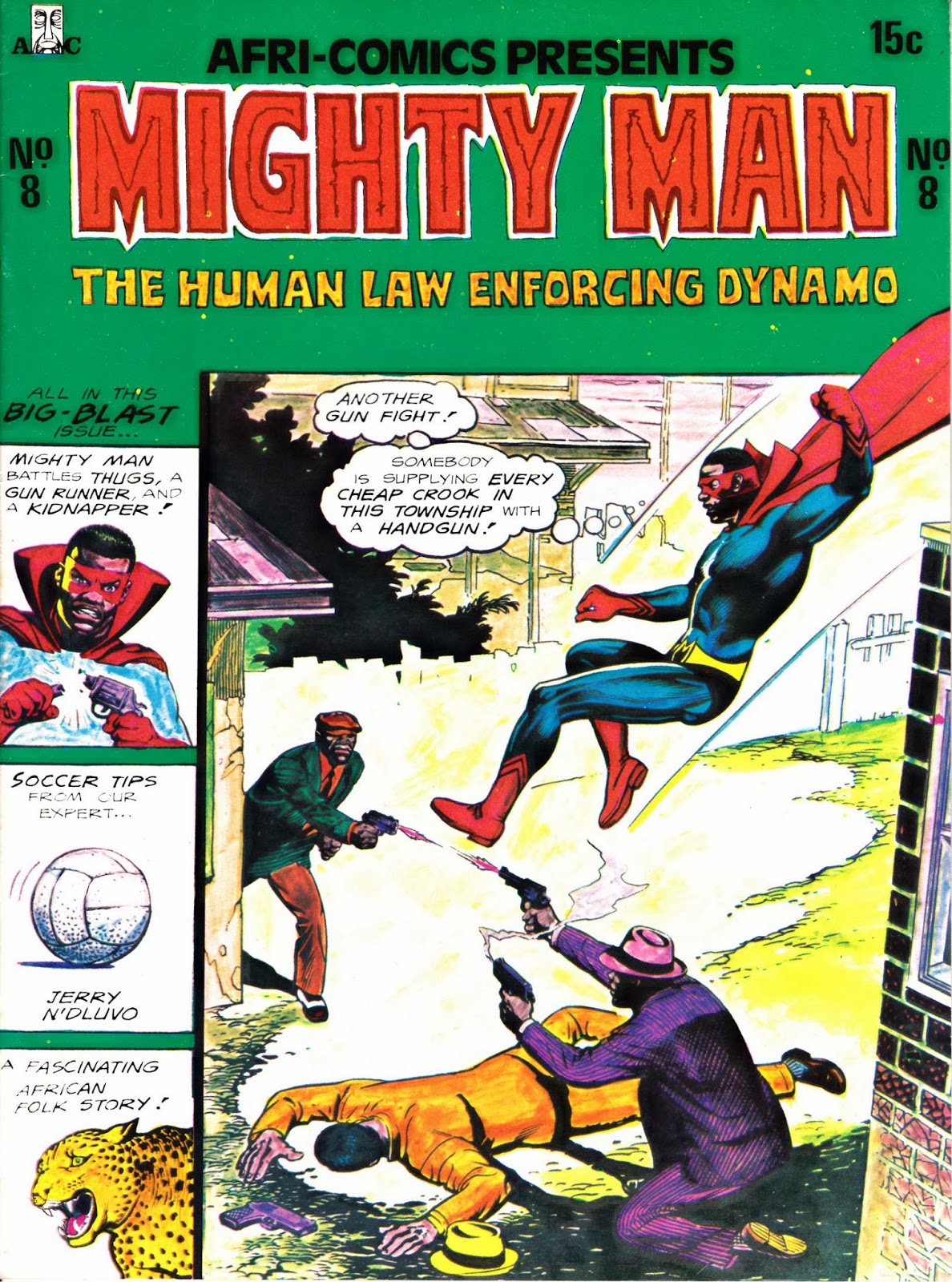 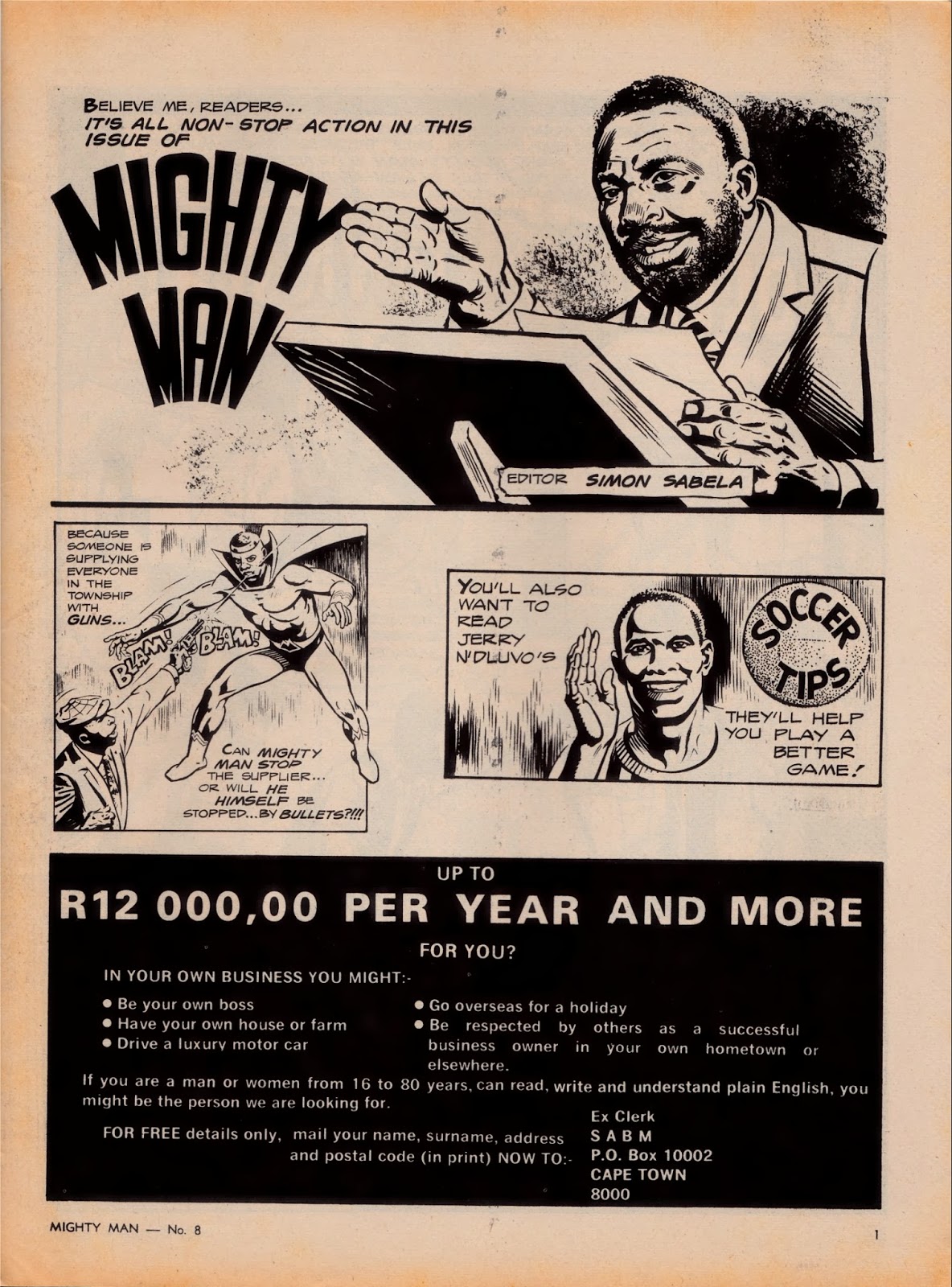 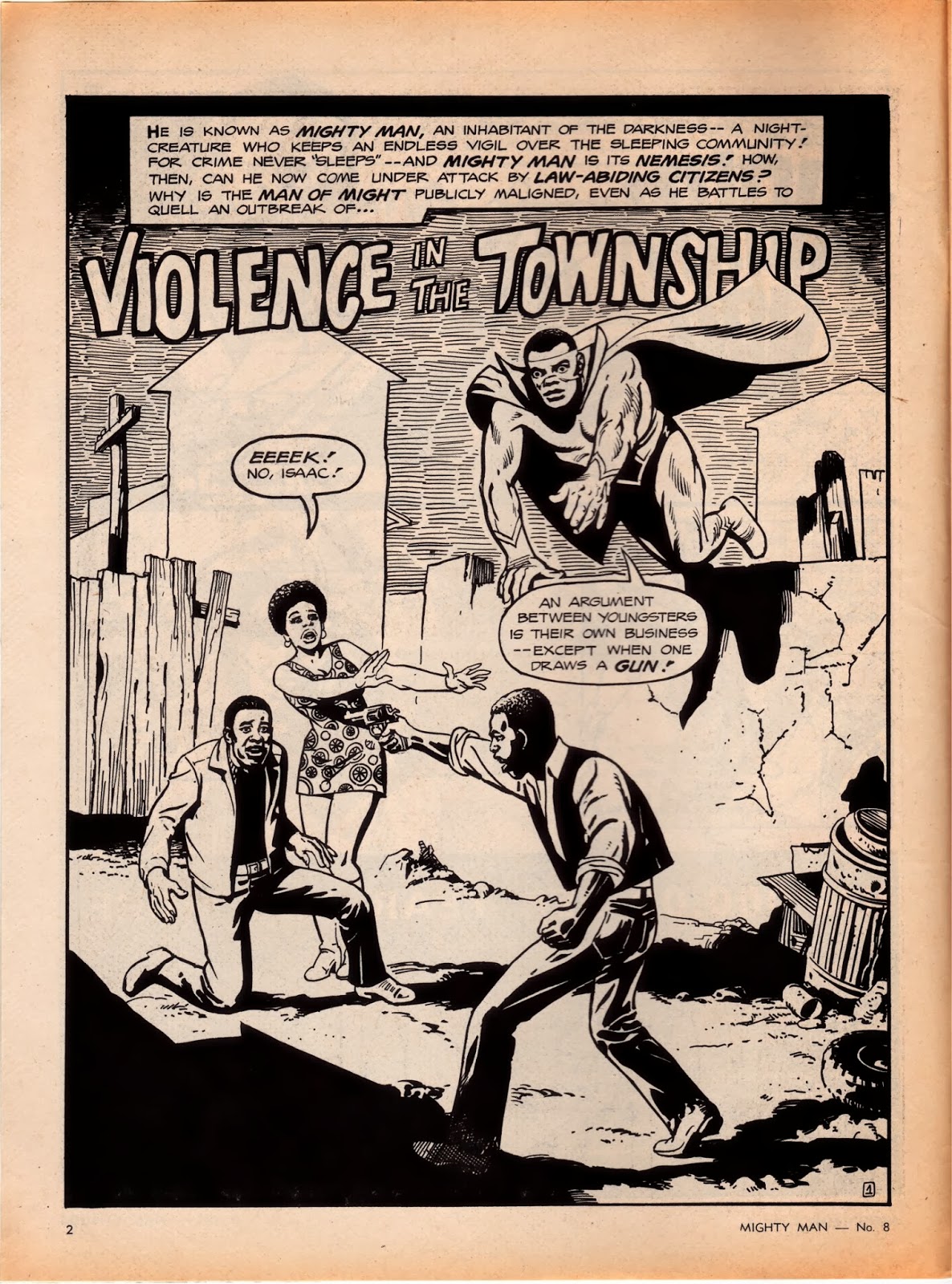