The seventeenth issue of Afri-Comics Mighty Man, published by Xanap in 1977.

"The Hanging Man": Danny Ndhlomo (Mighty Man) is relaxing in the park with Donna Buthelezi. Suddenly they are attacked by two drug addicts. Danny overcomes them, and they are taken to hospital for rehab. While in hospital they are found hanged, the work of drug dealer "The Hanging Man". Danny disguises himself and infiltrates the drug ring, leading him to the leader's headquarters. Here he discovers a briefcase full of money, which he scatters onto a crowd, much to the anger of "The Hanging Man", caught in the middle of the crowd. In an act of poetic justice, he is caught and hanged by the crowd. 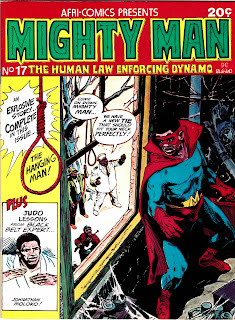 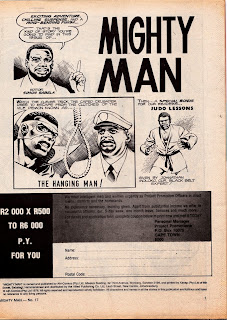 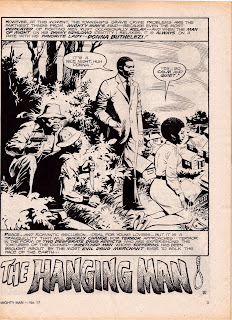 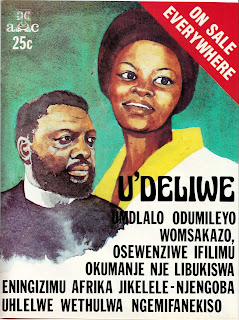