This is All-Star Western 5, published by Mimosa (SA Magazine Co) in 1960.
It reprints the cover and the following two stories from DC Comics' All-Star Western 107 (1959):  Johnny Thunder: "Target--Johnny Thunder"
The Trigger Twins: "The Sherriff who found himself"
24 pages, full-colour, newsprint stock cover and interior pages.
These titles were printed in a smaller size (255x170mm) compared to the original DC Comics title.
This is one of the seven first titles that Mimosa started reprinting in 1959 (Western Comics, Tales of the Unexpected, Falling in Love, Mystery in Space, Romances, Batman and All-Star Western).

Here is the cover of issue 5 and DC Comics' original cover: 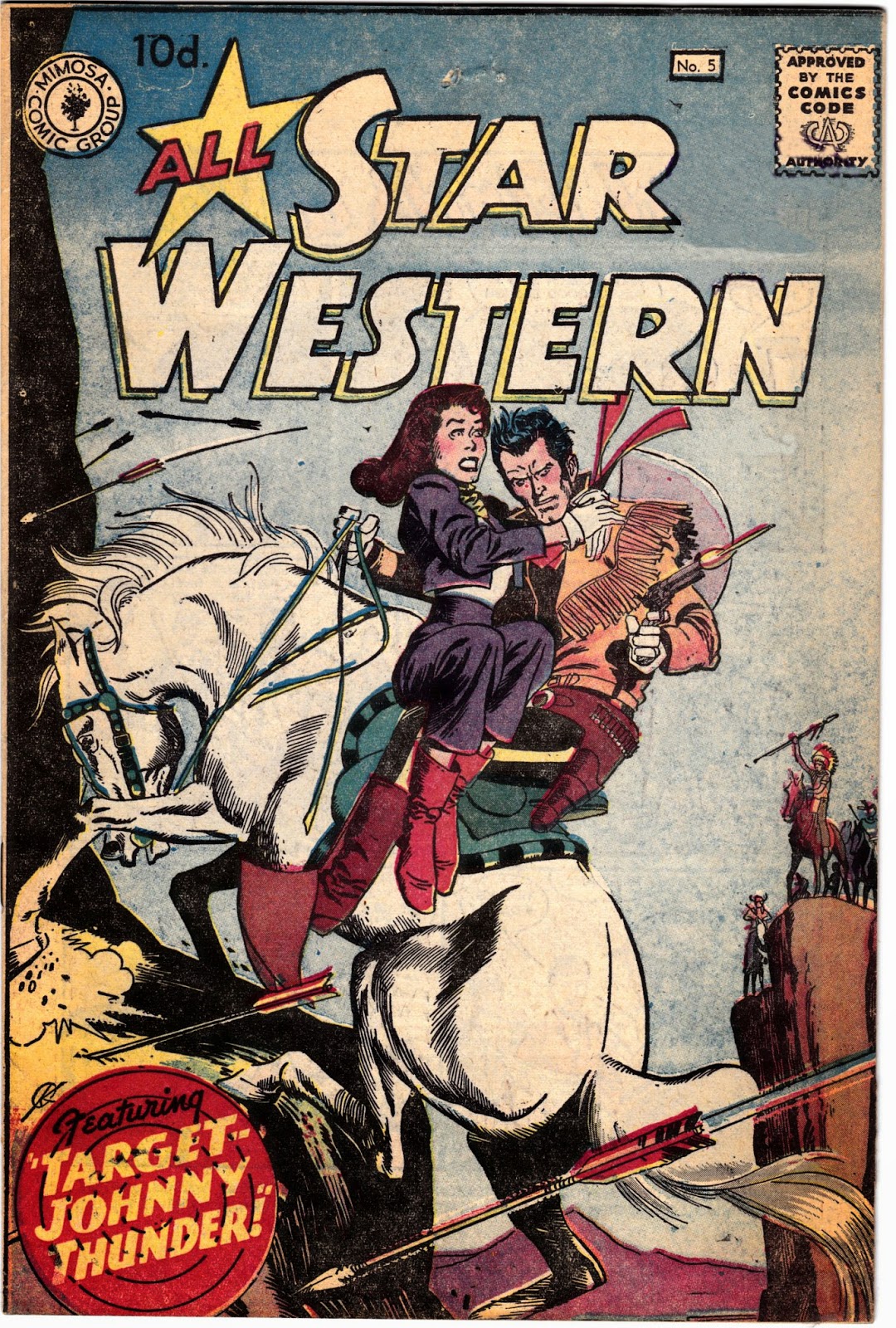 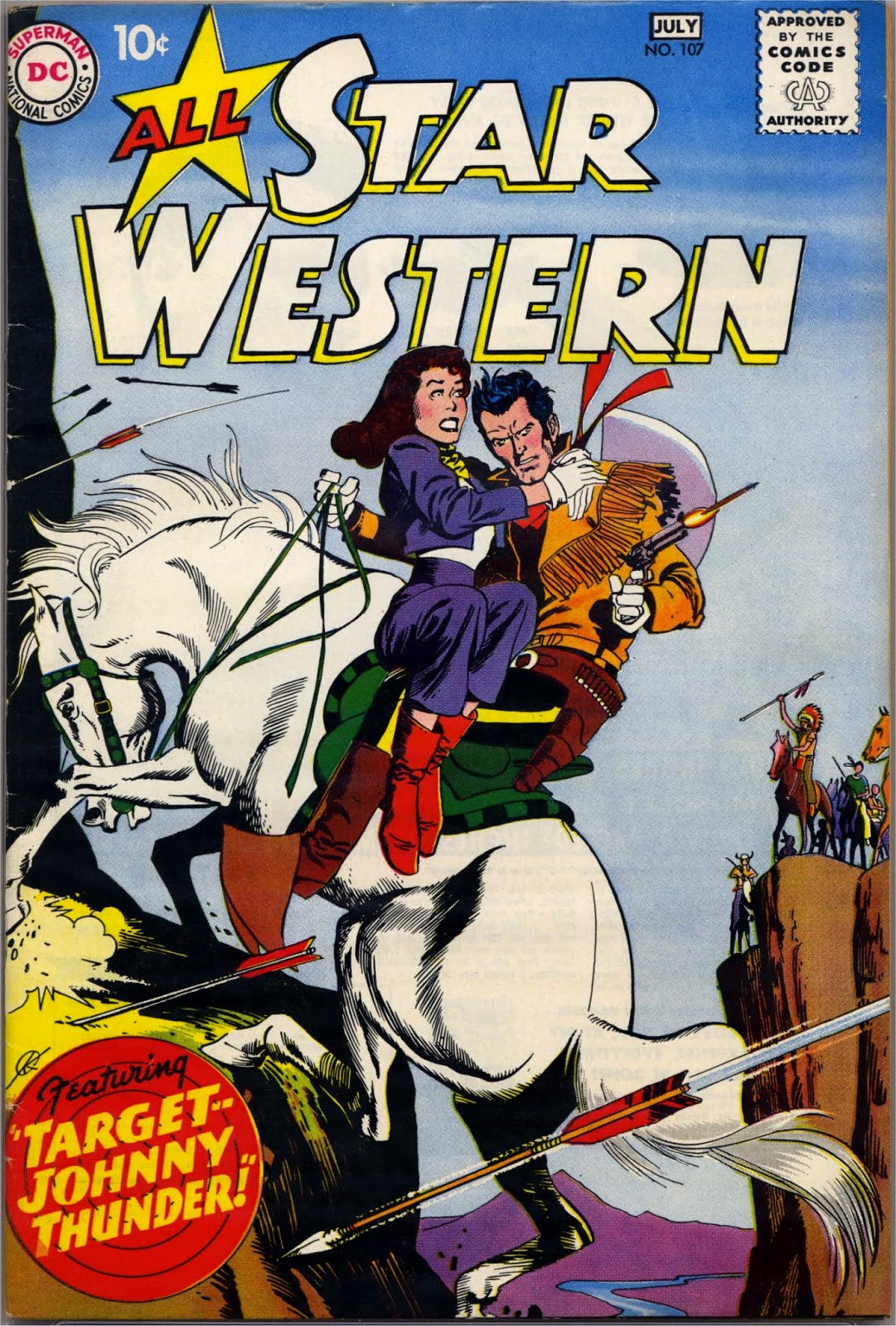