This rare South African reprint was published in 1960 by Mimosa Publications (S.A. Magazine Co.).
Cover and Interior pages are newsprint - so after being read and swopped a few times they would likely be falling apart and thrown away.
These titles were printed in a smaller size (163x114mm) compared to the original DC Comics title.
Cover and Interior printed in colour.
The printing reproduction from the original was very good quality. This issue is only 24 pages.
This is one of the seven first titles that Mimosa started reprinting in 1959 (Western Comics, Tales of the Unexpected, Falling in Love, Mystery in Space, Romances, Batman and All-Star Western).


It reprints all four stories from DC Comics' Western Comics 67 (1957). The cover image used is not related to this issue's content. 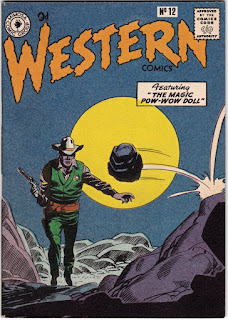 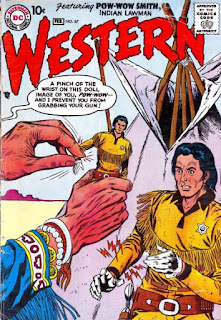