Following the success of Star Wars - Walt Disney Productions produced The Black Hole in 1979. I saw it first in 1981 when my school (Boston Primary School) showed it on film night. This was around the time I was starting to read comic books.
Sticker Albums were becoming popular in South Africa. Panini produced an album with 144 stickers to collect. Printed in Italy - it was distributed by Alba Publications, Cape Town. Here is the cover: 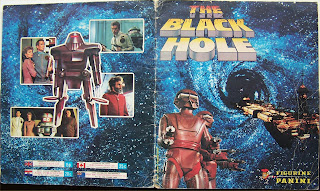 Caltex Service Stations produced a Giant Wall Poster - with 20 stickers to collect to stick on. It also advertised the film - notice the old Ster-Kinekor symbol. The annotations are in English and Afrikaans. Here are both sides:

Thanks Marc for this picture of some of the individual Caltex Stickers: 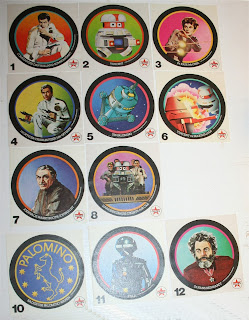 These are some Black Hole comics produced in the USA at the time by Gold Key & Whitman: 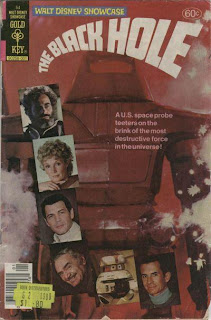 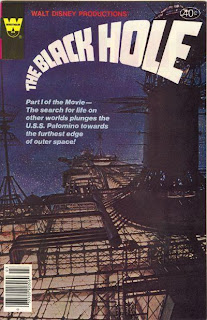 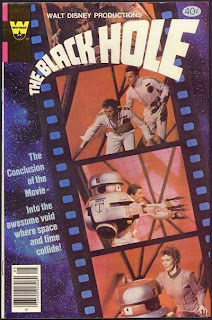 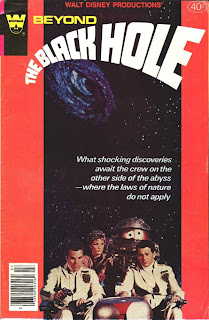 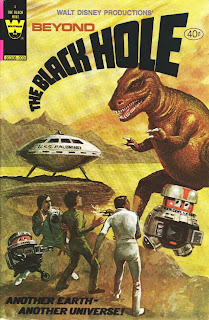