This is one of the earliest South African reprint comics. Zebra Publications were the first to reprint DC Comics in 1954.

Here is the cover and DC Comics' original cover: 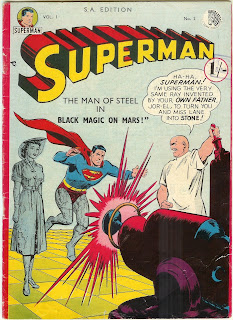 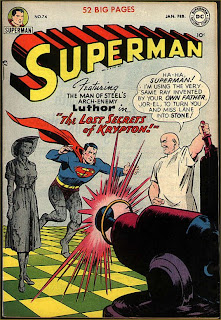 Splash page and House ad for Zebra (interestingly comics were for boys only in 1954!): 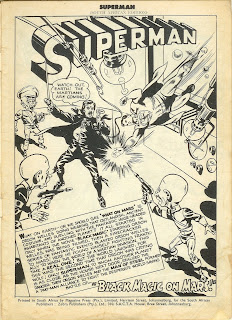 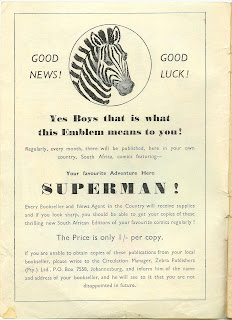 House ad showing the other titles produced in this series and Back Cover Retro ad for Kellogg's: 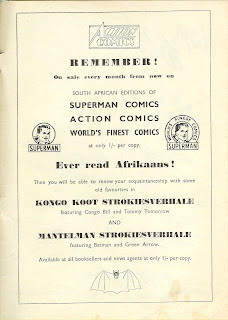 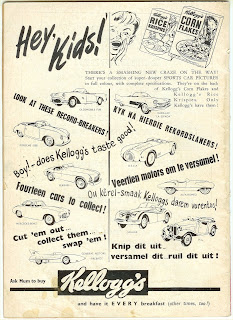