The seventh issue of Afri-Comics Mighty Man, published by Xanap in 1976.

Mighty Man battles "Shungu" and his two thugs Hendler & Ishmael. Shungu sends his thugs to murder those responsible for sending him to jail, but Mighty Man stands in the way of his revenge.

Mighty Man overcomes the thugs. While Shungu is on the run, he confronts his girlfriend Tandy. Just before he threatens and fatally shoots her, Tandy poisons his whiskey. Mighty Man catches up to Shungu, is he falls dead in an alleyway. 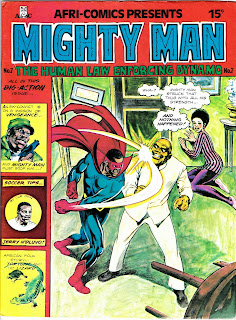 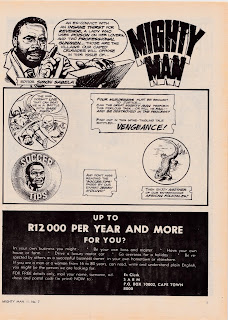 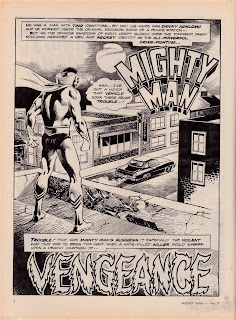 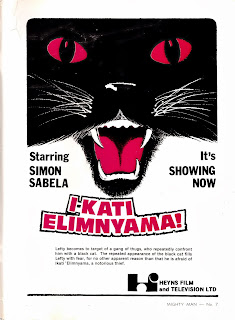