The fourth issue of Afri-Comics Mighty Man, published by Xanap in 1976.

Mighty Man battles "The Claw Gang", whose leader Tiny Terry recruits youngsters for his evil schemes. Plying them with liquor and dagga, the youngsters commit his crimes.

Tiny Terry assaults one of the gang members, who double-crosses him.  Recognizing that Tiny Terry is pure evil, the gang turns on him, assisting Mighty Man in his capture. 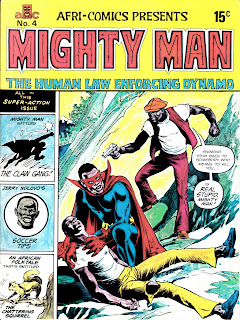 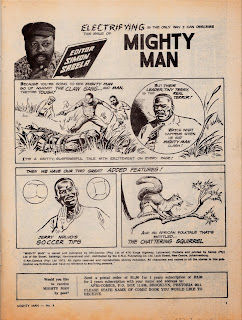 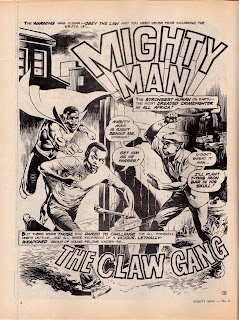