The fifteenth issue of Afri-Comics Mighty Man, published by Xanap in 1977.

"The Counter Force!": Mighty Man thwarts an attack on Tribal Chief Maleho. The chief has come to the local township, in search of his son Saloman and fellow tribesmen, who have moved to the urban area in search of better lives. With Mighty Man's help, he discovers that Saloman is heading the local criminal gang. Chief Maleho confronts Saloman, who refuses to listen to his father's pleas. Maleho is shot and injured by a gang member. Later Mighty Man intervenes in a clash between Chief Maleho's tribesmen and the criminal gang. Saloman takes a bullet, saving Mighty Man; leading to Saloman's redemption, in continuing his father's work. 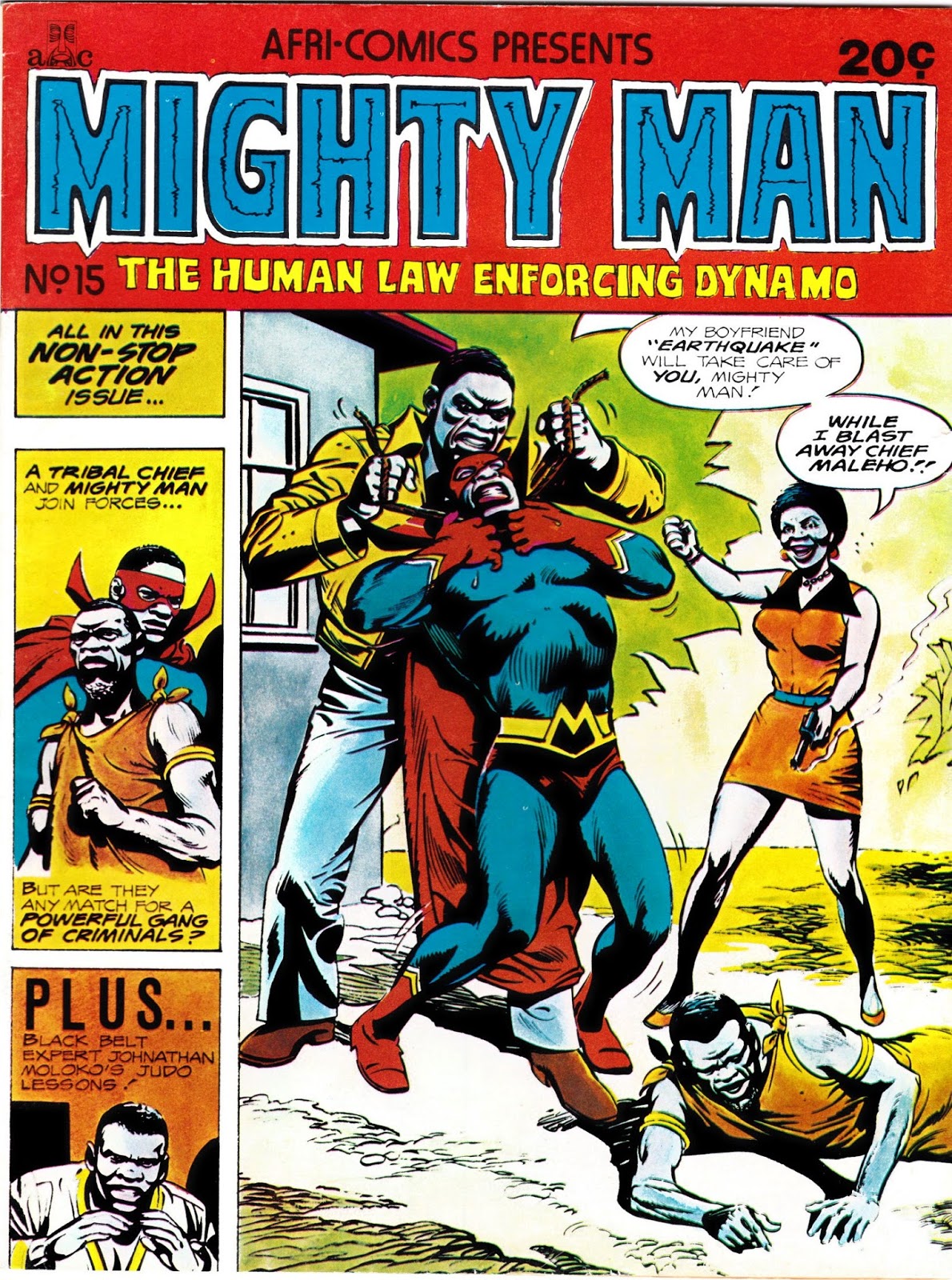 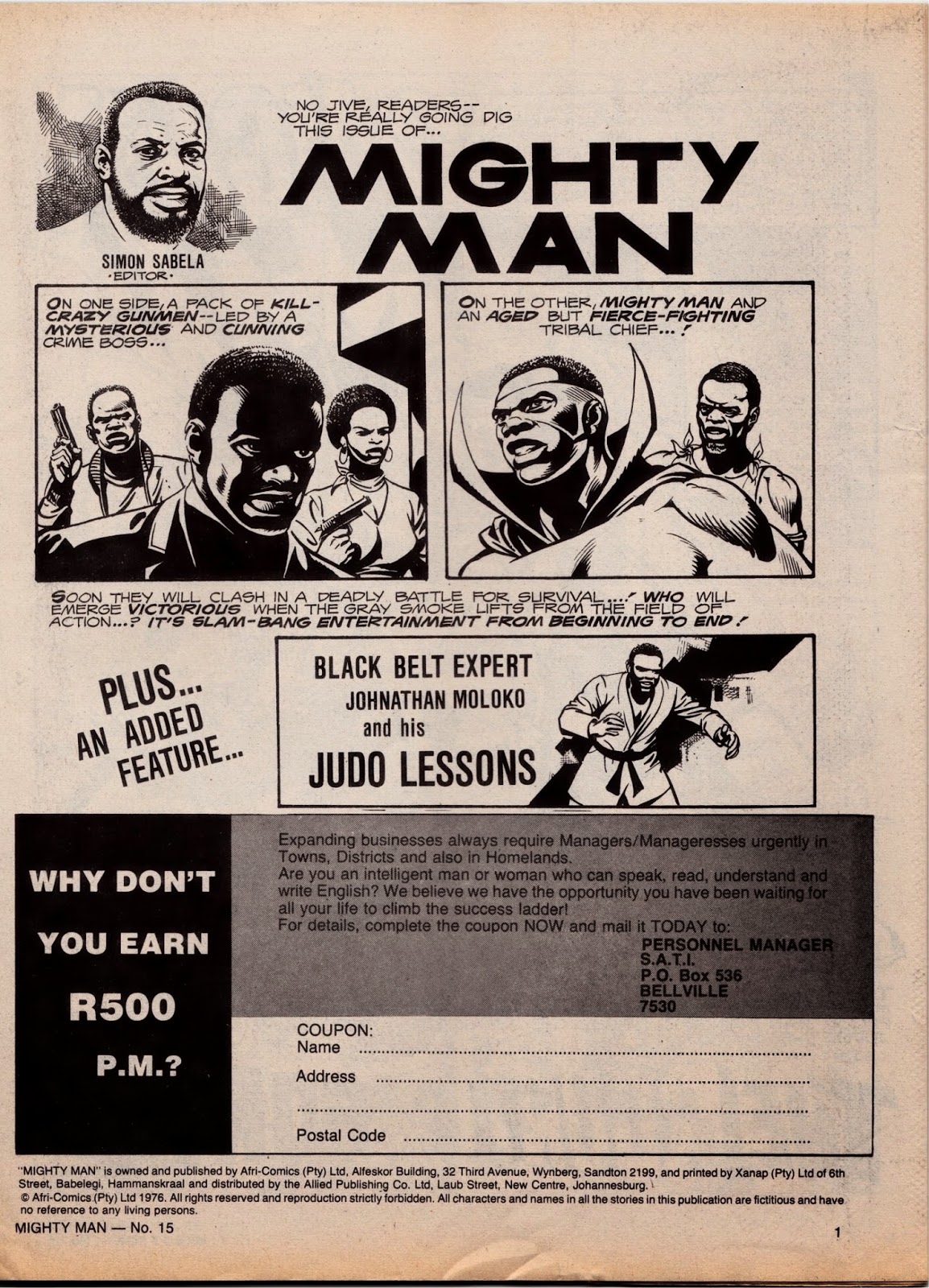 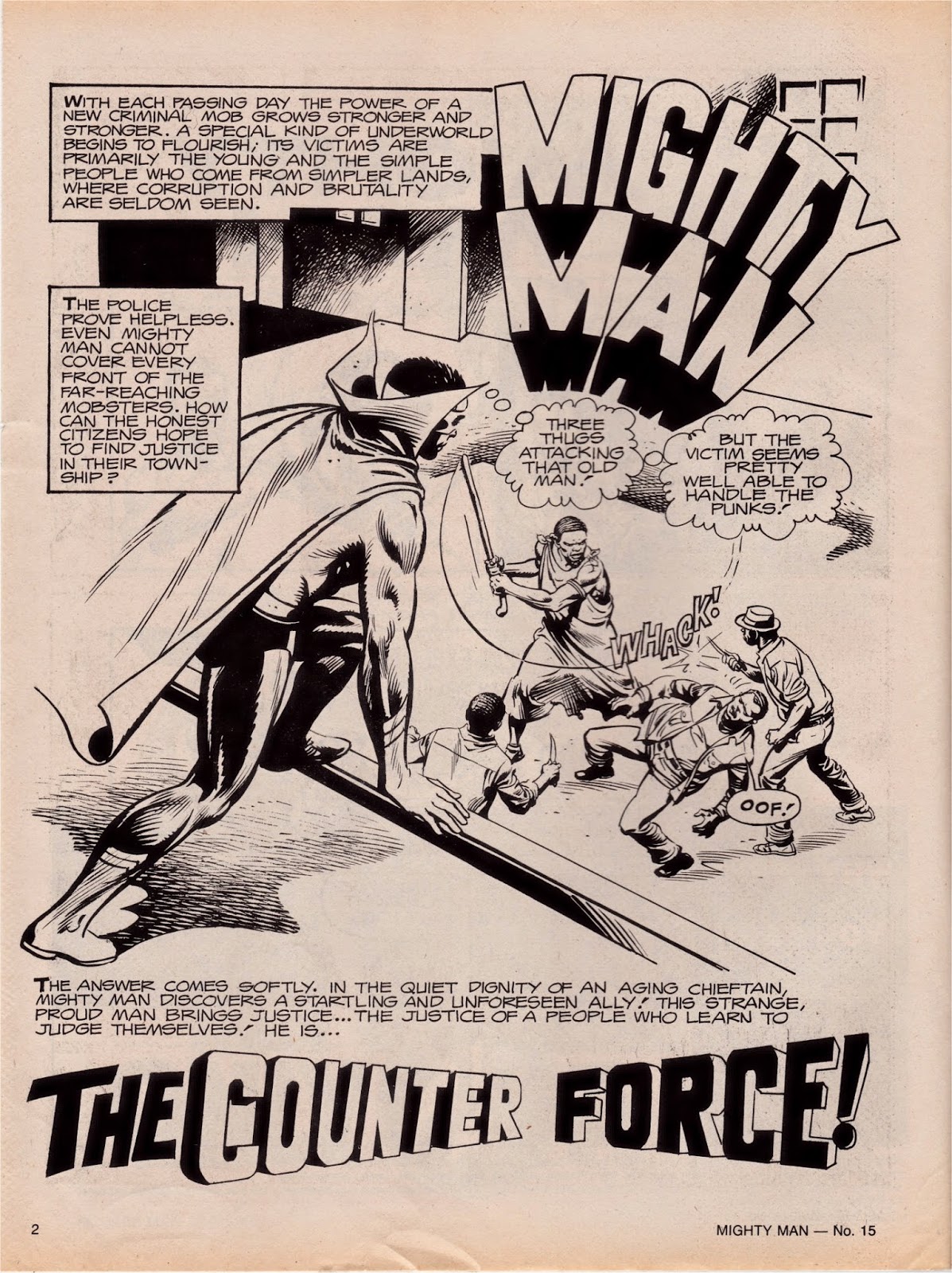 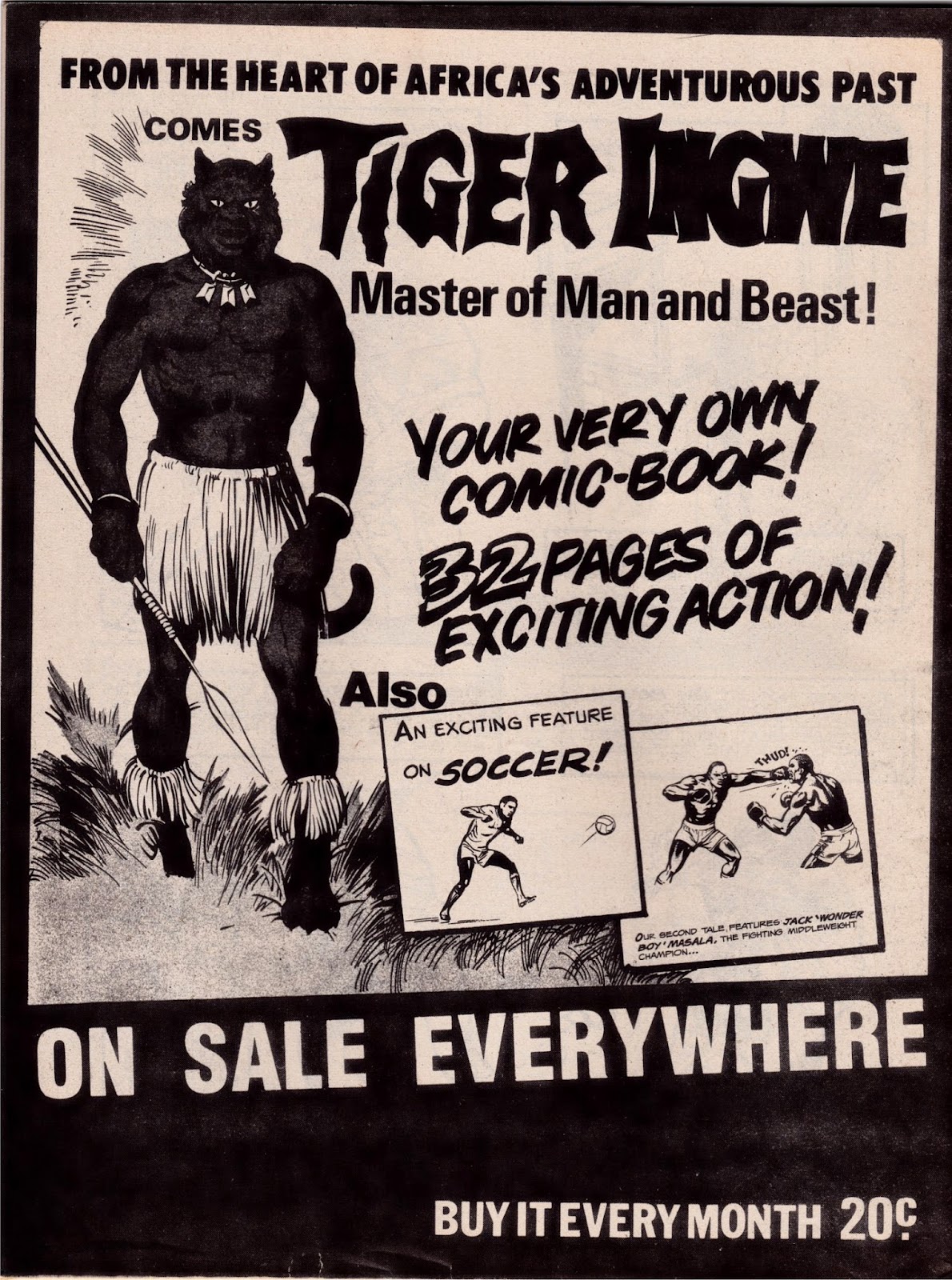